Worst Tornadoes In US and World History

A tornado is an atmospheric vortex that occurs in rain or thunderclouds. It looks like a cloudy funnel, which often descends to the ground level. Tornadoes spread at high speed and can cause significant damage. For most of them, the wind speed does not exceed 100 miles per hour. However, some whirlwinds can move at speeds up to 300 miles per hour.

Tornadoes occur on all continents of the planet, but most often they happen in North America, especially in the United States. The US suffers tornadoes of greater intensity than any other country, meaning that the deadliest tornadoes happen here. It is the only location in the world where these weather events are ranked as violent – between EF4 and EF5 according to the enhanced Fujita Scale:

The Enhanced Fujita Scale for Tornadoes

In this article, we are going to review the worst tornadoes in US history and in the world. 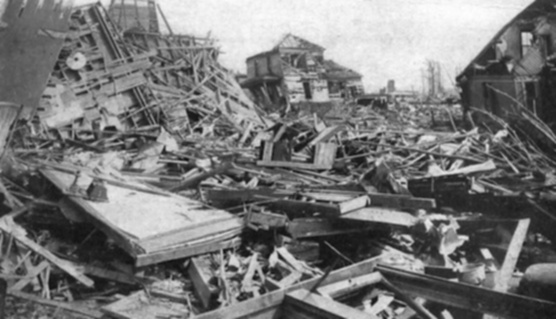 Given the large number of victims, this storm is considered the deadliest tornado ever recorded in the United States. And its 218-mile path through Missouri, Indiana, and Illinois is the longest tornado’s path ever recorded. The death toll as of March 18, 1925, was 695 people, over 2,000 were injured, and 15,000 houses were destroyed. The disaster killed most people in southern Illinois. Several small towns (such as De Soto and Parrish) were completely devastated. Some communities destroyed by this weather event have never been rebuilt.

At that time, there was no effective storm prediction center, and people were taken by surprise. In addition, a very fast-moving tornado at times had an unusual appearance. Witnesses often described the Tri State tornado as amorphous rolling fog or boiling clouds on the ground, and many people did not sense the danger of this deadliest tornado. 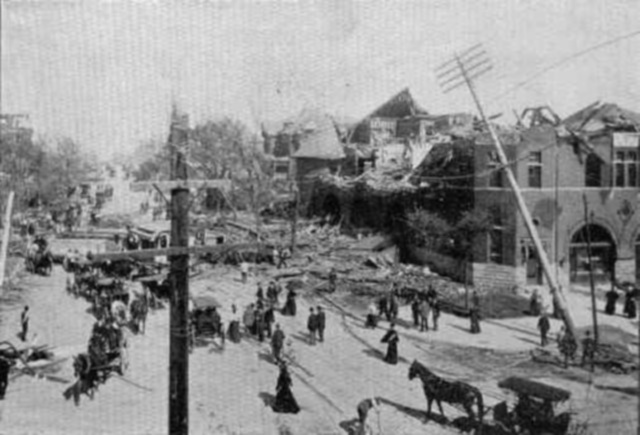 The storm in Natchez, Mississippi is considered to be the only tornado in the United States that killed more people than it injured. The tornado arose in May 1840 and went straight along the Mississippi River, breaking trees from both banks. The number of wounded reached 109 people. However, the actual number of killed people could be much higher, because the death of slaves was not included in the official records. 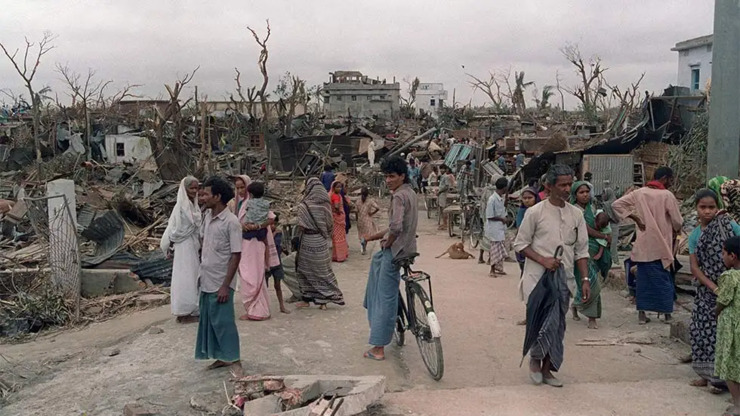 The deadliest tornado in recorded history is considered to be the one that struck Bangladesh on April 26, 1989. This is one of the countries where, along with the United States and Canada, tornadoes occur quite often. A tornado with a radius of about 1 mile traveled 49 miles and affected the Manikganj district, which is located in the center of the country in the Dhaka region. The cities of Daulatpur and Saturia were affected the hardest. The storm took the lives of 1,300 people and injured 12,000 people.

The tornado was so destructive that it easily lifted into the air and destroyed the homes of residents in rural areas of Bangladesh. Some cities were completely destroyed. As many as 80,000 people became homeless.

Another remarkable whirlwind hit Bangladesh on May 13, 1996. It went from the city of Madarganj in the north to the city of Mirzapur in its central part. About 700 people became victims of this tornado, many people were lifted into the air by a whirlwind to a height of about one mile. The natural disaster caused property damage to 30,000 houses. The exact number of injured is unknown, and as for the number of deaths, this tornado became the second deadliest in history 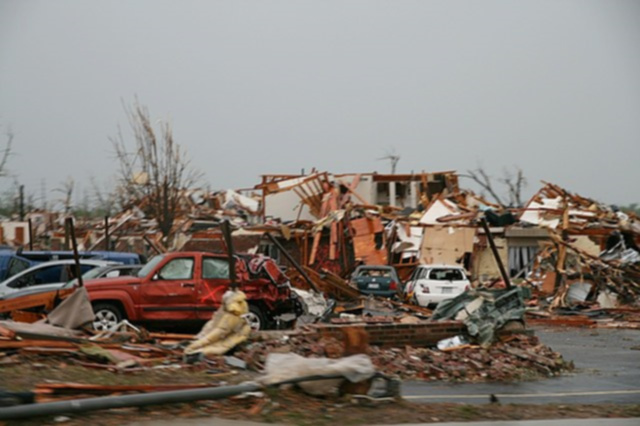 The deadliest single tornado in the United States since 1947 took place in Joplin, Missouri, on May 22, 2011. Together with the Tri-State and St.Louis tornadoes, it ended up among the top 3 most destructive tornadoes in the US. The winds speed at the epicenter reached almost 200 miles per hour. Over 900 people received injuries of varying severity. The disaster devastated almost a third of the city, completely destroying 2,000 buildings and seriously damaging another 8,000 buildings. On June 2, Missouri authorities confirmed that the death toll reached 138 people. Additionally, it was the costliest tornado, inflicting financial damage of $2.8 billion.

The island of Malta is typically associated with a pleasant holiday, sun, and sea, but not with horror and destruction. However, it turns out that hell happens also in the earthly paradise, like on September 23, 1551 or 1556 (different sources indicate different years). Having arisen over the Mediterranean Sea, the storm moved towards Grand Harbor Bay. During the tornado rampage, at least four ships of the Order of Malta were overturned, and many others were badly damaged. Many people were killed and injured, but the exact number remains unknown. 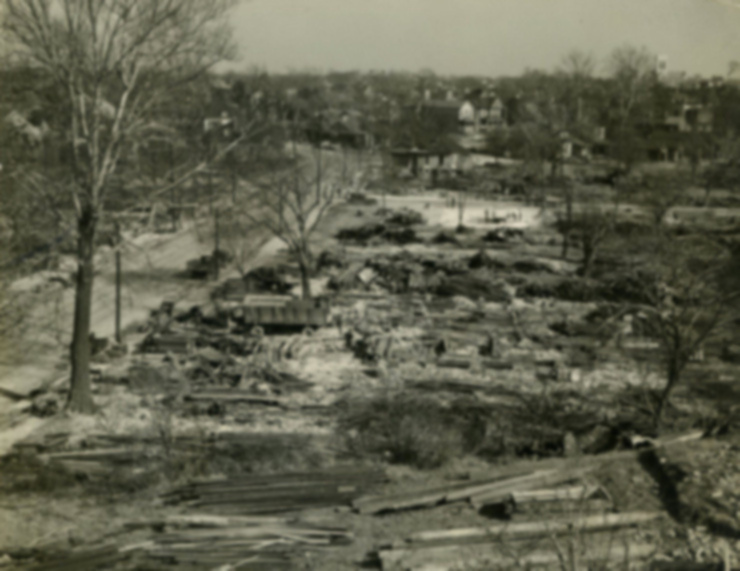 The powerful Tupelo-Gainesville tornado killed almost 450 people, but the exact total count of deaths remains unknown. The city of Tupelo in Mississippi was the first to be affected by the disaster on April 5, 1936. Then at least 203 people died, and 1,600 people were injured. It is difficult to give an exact number of dead and injured, because local newspapers did not publish data on victims among the black population. Interestingly, among the survivors was Elvis Presley, who at that time was one year old.

The next day, the whirlwind, having passed Alabama, moved to the city of Gainesville, Georgia. The storm broke into the city, destroying the building of the Cooper Pants factory - 70 factory workers were killed, and another 40 were never found. In total, at least 216 people died in Gainesville, and damage to the state amounted to $13 million, which would be $200 million today.

In 1969, when the city of Dhaka was still under the jurisdiction of Pakistan and not Bangladesh, a terrible tornado swept through its densely populated suburb in the northeast. It killed approximately 660 people, and the number of wounded reached 4,000 people. But as terrible as this tragedy was, it was only one of two deadly tornadoes that hit Bangladesh on April 14, 1969. A second tornado appeared in the Comilla district of Chittagong, Bangladesh on the same day. Both tornadoes had been part of the same storm system but they separated from each other. Considering the total number of deaths (883 people) from the two tornadoes, this day is one of the deadliest in world history. 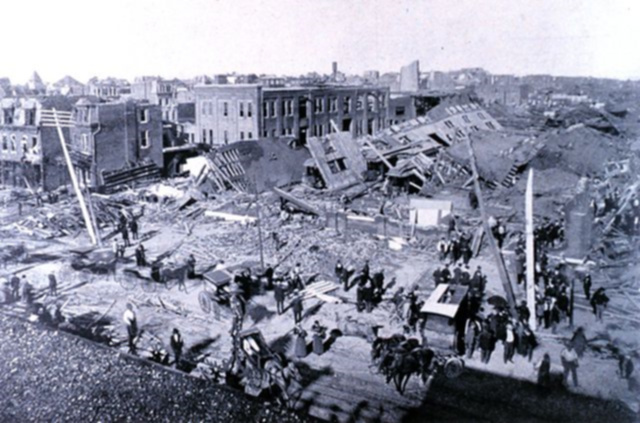 The victims of this tornado were 255 people, and more than 1,000 were injured. Nearly 9,000 buildings were damaged or completely destroyed. The number of killed people on May 27, 1896, remains unknown. Many of the bodies were washed into the river and never found. The tornado funnel was about 1 mile wide, and the winds speed reached 80 miles per hour. The main blow fell on St. Louis, the capital of Missouri. The storm also affected neighboring East St. Louis (Illinois). 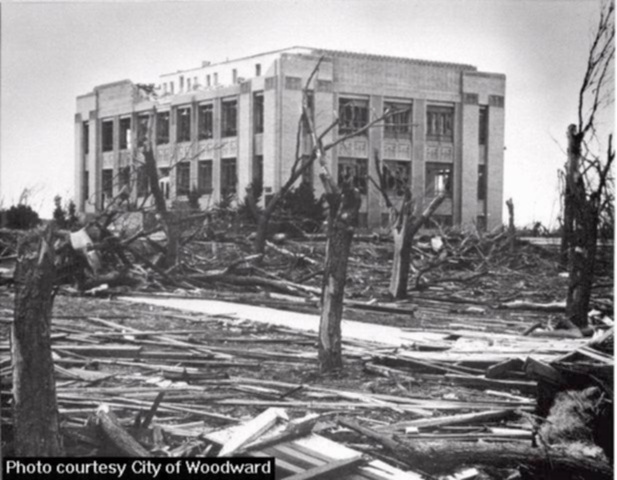 On April 9, 1947, several tornadoes hit the southwestern US states of Texas, Oklahoma, and Kansas. The most destructive was the Glazier-Higgins-Woodward tornado (named for the cities it destroyed). It traveled over 150 miles and killed 181 people along the way, injuring almost a thousand.

The storms first hit the small town of Glazier in Texas. Local news reported two people who were nearby during the tornado strike - the disaster threw them about three miles apart from each other. Glazier was almost completely destroyed, as was most of Higgins. The maximum speed during the tornado outbreak was around 50 miles per hour, and the average width of the funnel reached 1.2 miles.

Though most of the tornadoes described above happened a long time ago, devastating storms still happen in the United States and around the world. Here are the three key steps that will allow you to stay safe during these natural disasters:

Stay safe and do not ignore the alerts!