Every year at the end of summer, dozens of dangerous cyclones and hurricanes form over the Atlantic Ocean. Having occurred in late August 2005, Hurricane Katrina became the most destructive hurricane in U.S. history. It reached Category 5 on the Saffir-Simpson hurricane scale, which made it the sixth strongest Atlantic hurricane on record. Additionally, Katrina tops the list of 10 costliest hurricanes in the United States:

Hurricane Katrina caused the most severe damage to New Orleans in Louisiana. About 80% of the city area was underwater, and about 700,000 people lost their homes. The hurricane was accompanied by man-made accidents and oil spills as well as an increase in violent crime. The cumulative effect of the hurricane and crime killed 1,836 residents and economic losses reached $125 billion (2007 estimate). 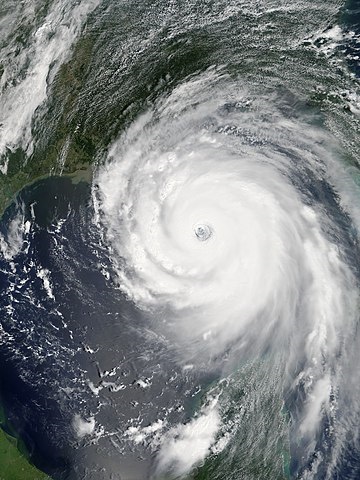 Such a natural disaster was the 11th in 2005. Meteorologists had storm names ready, but the hurricane that flooded New Orleans was the most devastating in the season. Until April 2006, the name “Katrina” was included in the standard meteorological list of storm names and could have been assigned to another storm. But after the analysis of the aftermath, the name “Katrina” was assigned to this hurricane forever and replaced with the name “Katia” in the list.

How Did Hurricane Katrina Start?

Hurricane Katrina began forming on August 23, 2005, in the southeastern Bahamas. On August 25, 2005, it passed over the south Florida coast near Miami, made an initial landfall along the southeast Florida coast, and turned towards the Gulf Coast. Before Katrina reached the United States, it had been classified as a Category 5 hurricane on the Saffir-Simpson Hurricane Scale. The wind speeds during the hurricane reached 174 miles per hour.

A few hours before hitting the coast, Katrina weakened to Category 4. During this period, for many hours, the hurricane was not moving for an unknown reason. After that, it made landfall near the town of Buras in Louisiana. 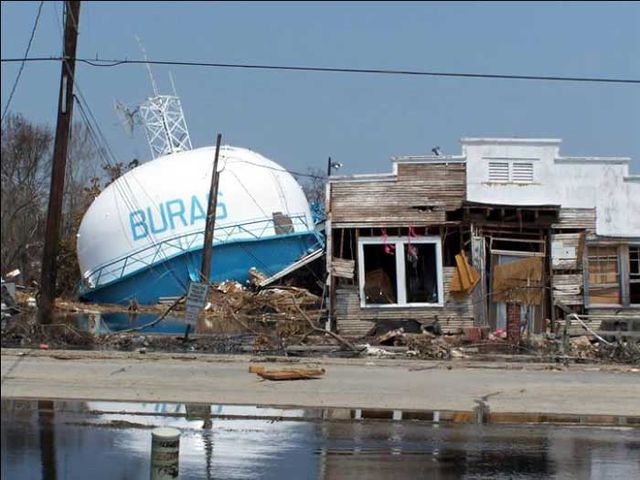 On August 26, the National Hurricane Center predicted the direct hit of New Orleans by the storm. It was approximately 56 hours before Katrina made landfall.

Here’s how one of the hurricane Katrina maps shows the movement of the storm and its intensification: 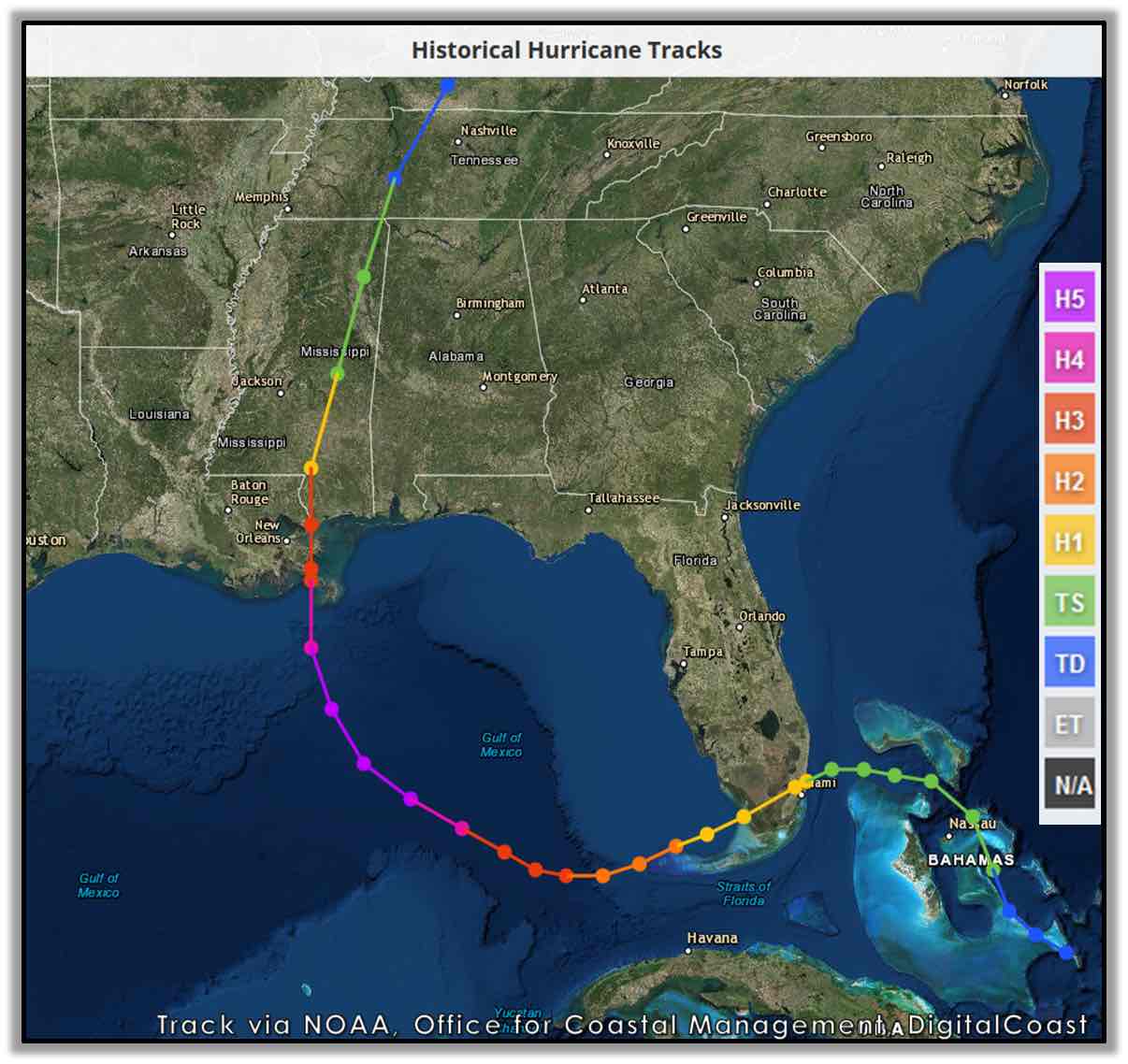 As the hurricane moved toward the Gulf of Mexico, the oil platform staff was evacuated. Additionally, aircraft were evacuated from military bases in Mississippi and Florida as well as two ships left the port. US President George W. Bush declared the states of Louisiana, Mississippi, Alabama, and Florida a natural disaster zone.

On August 28, 2005, the mayor of New Orleans announced a mandatory evacuation, which caused large traffic jams on the highways. More than a million people left the city and its suburbs, making up about 80% of the local population. Long queues lined up in front of shops and gas stations. People fleeing New Orleans tried to stock up on water, food, and gasoline.

However, not all residents could evacuate. Tens of thousands of citizens lived below the poverty line and did not have money for that. Public transport stopped working, and it was extremely difficult to leave the city without a car. About 150,000 people remained in New Orleans, mostly residents of poor neighborhoods.

On August 28, the city authorities offered the Superdome indoor stadium as a shelter for those remaining in the city. About 30,000 people sought refuge in the Superdome. 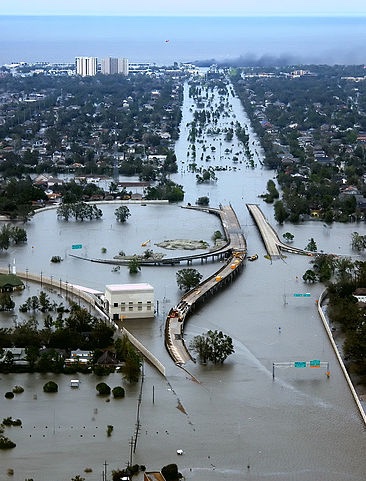 How Did Hurricane Katrina Develop?

On Monday, August 29, 2005, Hurricane Katrina struck the southeast coast of the United States near Louisiana and Mississippi. The hurricane’s center hit the Louisiana coast, causing the most destruction in New Orleans. By this time, it intensified to Category 1 with strong sustained winds and gusts. Katrina’s highest storm surge took place between Bay St. Louis and Mobile Bay near the border between the Mississippi and Alabama states. Due to a storm surge, the drainage and navigational canal levees were damaged.

About two thirds of New Orleans lies below sea level. Water surrounds the city on three sides: the Gulf of Mexico, the Mississippi River, and Lake Pontchartrain. Early in the morning on August 29, levees that protected New Orleans broke in several places. The levee breaches and rising waters led to massive flooding. The flood waters remained in the city for about two weeks, and inhabitants of New Orleans were rescued by boats and helicopters.

The map shows flooded areas as a result of Katrina: 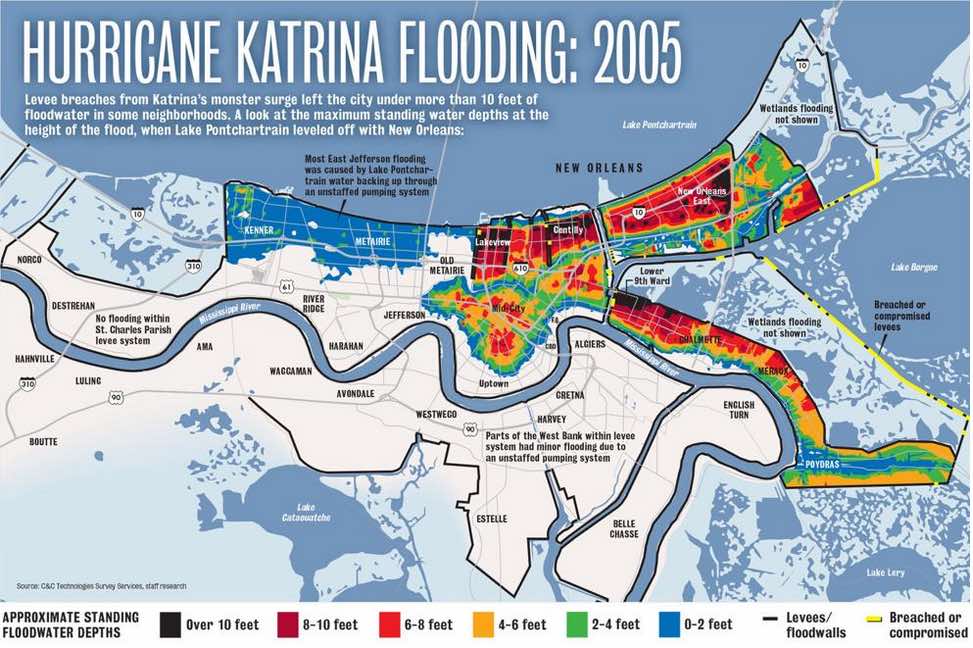 Towns on the Mississippi Gulf Coast, including Hancock County, were badly damaged. Areas close to the Gulf of Mexico were completely ruined.

Having hit the coast, the storm continued inland. Katrina carried destructive winds that swirled into tornadoes. But on land, the winds gradually weakened. The hurricane downgraded to a tropical low-pressure area on August 30 in the state of Tennessee. The next day, Katrina lost its strength over the north of Pennsylvania.

Scope of the Hurricane, Damage, and Aftermath

As a result of widespread power outages, 800,000 people remained without electricity and telephone communication. The officially confirmed number of victims was 1600, of which more than 720 were in New Orleans. In addition, as of December 2005, 47 people were missing.

Katrina covered an area of ​​approximately 90,000 square miles and ruined the homes of approximately 700,000 people. This destruction was intensified by man-made accidents at industrial enterprises, during which oil spills led to toxic pollution in the New Orleans area. There were at least ten major oil leaks totaling over 8 million gallons. In addition, the US Coast Guard reported 134 oil spills of less than 10,000 gallons across Louisiana. 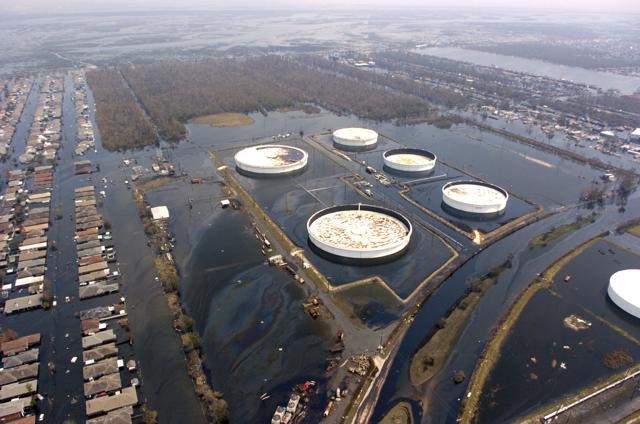 After the pumping of polluted water from the city into Lake Pontchartrain, toxic chemicals began to enter the Gulf of Mexico. The urban soil and housing stock were contaminated with aggressive substances, among which were lead, dioxins, formaldehyde, and many others.

There is no doubt that the presence of these toxins will have a long-term impact on the ecology of New Orleans. Among those affected by Hurricane Katrina, there was an increased level of respiratory diseases, for example, the so-called “Katrina cough” due to inhalation of harmful dust.

The New Orleans business district, almost the entire tourist infrastructure, and hospitals were almost completely destroyed. Due to poor coordination of efforts between rescuers, the police, and the army, many people waited for days until they could get help.

As of 2007, the total economic damage was estimated to be $125 billion. The US Congress allocated $110 billion for the rebuilding of the disaster areas. As of August 2006, more than 100,000 families were living in FEMA trailers for the homeless.

The events of August 2005 inspired the series Five Days After the Disaster, which premiered 17 years after the tragedy, in August 2022. At the center of events are the staff of the Memorial hospital, in which thousands of the city residents took refuge. 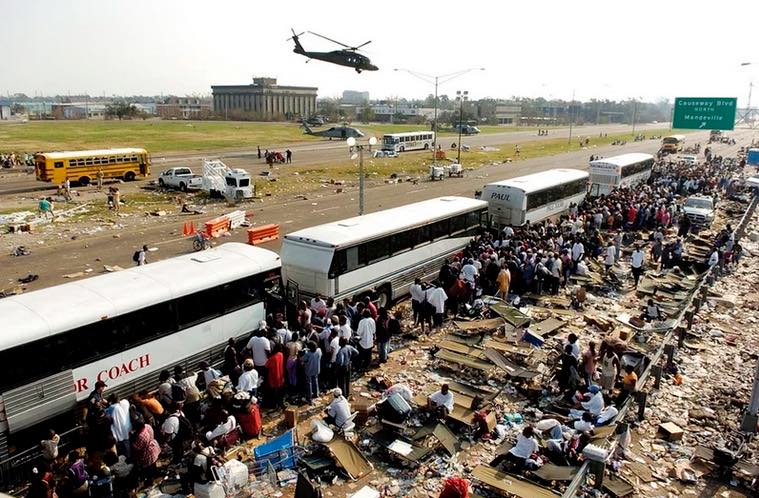 By 2008, the population of New Orleans was 60% of that before Katrina, and the urban area had about 41% of the jobs that existed before the storm. Approximately 150,000 buildings were destroyed or damaged to the point where rebuilding no longer made sense.

The city already had a reputation as one of the most criminogenic in the state, but the devastating hurricane increased the percentage of robberies and violent crime in New Orleans. The number of murders reached 93 cases per 100,000 of the population. In the late 1990s, the rate was 34 cases per 100,000 people.

As per American sociologists, the hurricane exposed a range of problems deeply rooted in American society, the study of which did not stop even five years after Katrina. According to an analysis of the published data regarding crime in New Orleans that accompanied Katrina, the number of robberies and looting is most likely underestimated. Among the reasons for such a rise in crime are primarily the degradation of the population, the decline of the education system, and high unemployment in New Orleans.

We hope that a tragedy of this scale will never happen again. Especially nowadays, when modern technology allows us to quickly track hurricanes such as Katrina and respond to alerts from the National Weather Service.

The RainViewer app sends immediate notifications about the formation of tropical storms and hurricanes. It also notifies you if the storm is approaching your location and shows storm tracks on the map.

Remain up to date with severe weather alerts from RainViewer so you can take shelter as soon as possible. Here are instructions on how to react to storm and hurricane warnings: