Big storms start small. Tropical cyclone Idai in the Indian Ocean, typhoon Hagibis in the Pacific Ocean, and hurricane Dorian in the Atlantic Ocean all gained energy and organization over time. And while the words vary (e.g., typhoon, hurricane), the term tropical cyclones refers generally to these powerful systems that form over warm ocean water. 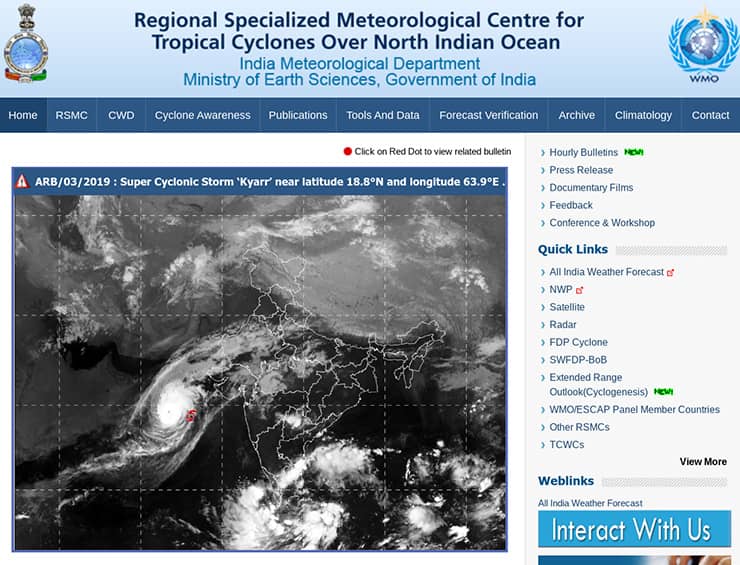 To understand how tropical storms form, it helps to understand a bit about how the earth, air, and wind behave.

There are a few basic conditions that may sometimes produce tropical cyclones. One key ingredient is moist air in the area above the sea surface. Another is a warm environment, where air remains relatively warm, compared to other places, as it rises. To that humid, warm environment, add winds of similar speeds at varying heights. (Another way to look at this is that if you’re in a dry, cool environment, where wind speed varies significantly at different heights, a tropical cyclone is highly unlikely to form.)

To that wet, warm, and windy environment, add sea water and a rotating earth.

The earth plus wind results in spin. In the early 1800s, Gaspard Coriolis discovered that the path of a moving object curves in relation to a rotating surface. That’s true for winds in regions near, but not on, the equator. So tropical systems spin counterclockwise north of the equator, and spin clockwise south of the equator. Storms form where the so-called “Coriolis force” is not zero, as it theoretically would be directly on the equator.

Once the various above conditions exist, you also need an area of low pressure to form. In the Atlantic, a tropical wave, also called an African easterly wave, might spur storms. This “tropical wave” isn’t a wave in the sense of a wave you might seek to surf, but instead an area of low pressure that moves from east to west. Air moving from the east over the Sahara Desert and toward the west coast of Africa sometimes results in thunderstorms. (Want to see storms off the west coast of Africa? Take a look at either the Porto Santo or Las Palmas radar sites in RainViewer.) 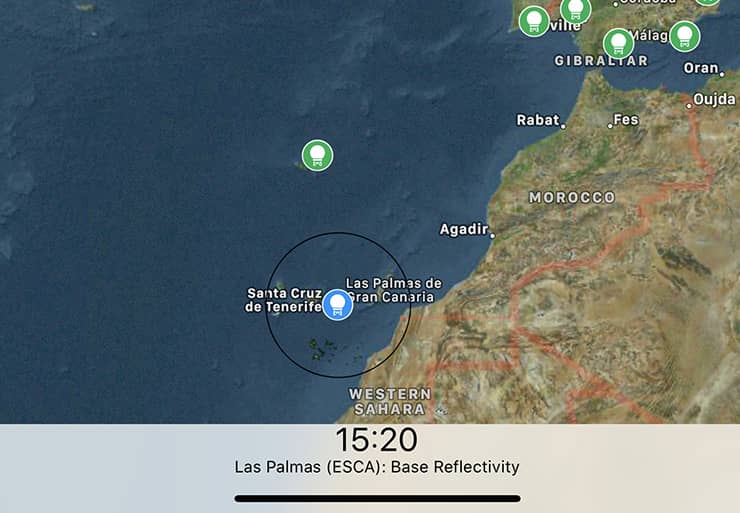 On the coast, these thunderstorms encounter trade winds, and sometimes start a cycle in which warm water vapor rises and condenses into cumulonimbus clouds. As the humid, warm air rises, it causes lower air pressure below. When conditions are right, a tropical disturbance may gradually organize into a tropical depression, grow into a tropical storm, and ultimately into a hurricane (or typhoon or cyclone).

When a tropical cyclone encounters land, it often diminishes in strength. The warm water that had in essence served as “fuel” for the system is no longer present, so the cycle of warming water vapor rising slows to a stop. However, the area and height of the system still may contain enormous quantities of condensation to deliver life-threatening wind and storms.